The announcement of 5G technology to be rolled out from 2020 had initially created eagerness in people. With the immense benefits it promises to offer, the governments, working professionals, and students are awaiting the launch of this technology. However, amidst the curiosity of how 5G technology will benefit us, the technology is also causing an alarming concern on the emission of harmful radiation.

The impacts of harmful radiation from mobile devices is not a new thing. People have always had concerns about technology, radiofrequency radiations, and the safety of cell phones. 5G technology has only added on to these concerns as it is being considered as a health hazard.

What is 5G technology?

After the 4th generation of mobile networks that we are currently using, the 5th generation of mobile networks is being launched in 2020 across five years. The 5G network claims faster transmission, lower latency, higher capacity, and increased bandwidth, amongst many other benefits. IoT app development will also facilitate 5G technology to enable global connectivity. 5G will be significantly faster than 4G offering a 100 times more increase in network efficiency and traffic capacity.

This means that the 5G network will enable live gaming, faster streaming, and easier access to the internet. The speed in transmissions with a 5G network can approach 15 or 20 Gbps. A greater number of connected devices will expedite the launch of smart cities and autonomous vehicles.

A few European countries are amongst the first ones to roll out 5G technology.  You can even check for connections between computers and devices. Computer repair Edmonton is the best place for such checkups.

However, there are ongoing debates on whether these countries are rushing into the implementation of the 5G network. The impacts of the electromagnetic radiation emitted by 5G technology on human health are still under scrutiny as many scientists argue that these radiations may be extremely harmful.

Why are electromagnetic radiations harmful?

You may have heard several times about the harmful effects of mobile devices on our brain cells. Parts of our head or body absorb the radiofrequency (RF) emitted by mobile devices and convert it into heat. The device also transmits radio signals to connect with its cell tower even when not in use.

As per research, excessive exposure to electromagnetic radiation in the long term from WiFi, mobile phone, and related devices can lead to reduced fertility in both females and males, brain cancer, and other cancers. Others may have headaches, fatigue, or cognitive disturbances as well.

Why is 5G technology causing an alarming concern?

While 5G technology promises numerous benefits with higher bandwidth at higher frequencies and a transfer speed of 10Gbps, some scientists claim that the radiofrequency from 5G may cause health impacts.

The frequencies that the 5G network will operate on will range between 28GHz and 10GHz. This will make it 1000 times faster than the 4G network which operates on frequencies between 700 MHz and 6GHz. The 5G network also has shorter coverage to provide increased bandwidth. Therefore, it is unable to travel long distances or pass through objects. The network will use higher frequency bands which may result in higher power density in the skin. Moreover, due to the drawback of shorter coverage, the 5G network will require mobile stations to be placed close to each other.

A professor from the Institute for Health and the Environment, University at Albany, commented that the network will require stations to be placed in front of every sixth house, exposing people to radiations in their houses or while walking on the sidewalk.

Some scientists stated that the impacts of 5G technology on human health are still under-researched. However, if humans are exposed to millimeter-wavelength, it may lead to biological outcomes such as oxidative stress, systemic effects on immune function, altered gene expression, and skin effects. Therefore, they have recommended that the cell towers should be placed away from homes, daycare centers, and populated places.

5G technology is causing excitement as well as apprehensions in people who are aware of the harmful impacts caused by radiation. Some scientists believe the technology will not pose any threats to human health while others argue the radiation emitted from the 5G network will be harmful. But on common grounds, all scientists agree that that 5G technology requires deeper research concerning its impact on health. However, we are yet to find out the reality once the 5G network is effectively implemented in several countries. 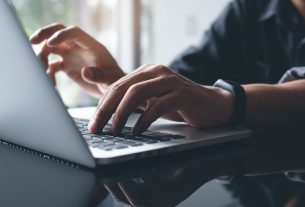 Get To A Greater Crowd With SEO Services

What is Python Web Programming Language and Why it is Popular? 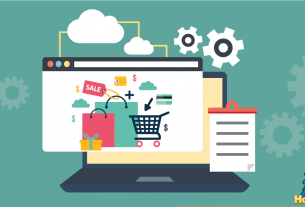 Tips on How to Approach the Best E-commerce Marketplace