Industrial robotics and SMEs are two terms you rarely find in the same discussion. That’s until a few years ago when SME automation and SME manufacturing became synonymous with progress. Today, there are a dozen robot manufacturing companies out there targeting the SME sector.

From large-scale multi-million robotsthat took over big manufacturing in the 90s, today’s industrial robot is smaller, versatile, affordable, and made for small and medium-sized manufacturers. There is an incredible amount of chatter about the potential these new breeds of industrial robots have for the SME sector. It is said that small-scale automation is an emerging market force that might transform the blue-chipindustry for good:

A recent industry report indicates that SMEs are increasing spendinginmachinery and automation. While robot adoption in SME manufacturing remains low at 16% there is a lot of promise going forward given the casestudies thatwe’ve seen so far of SMEs taking to automation with SME industrial robots:

Here are some of the ways SMEs use industrial robots today:

Perhaps the most prominent example of SMEs adopting robotics production is in the food industry. Indeed, we’ve seen everything from bugger flipping robots to robots that mix drinks and ingredients in commercial kitchens.  A great case study of thisapplication is one where a small food company in Sweden, starting from a small Universal robot setup,managed to move their food production operation to an automated robotic production line.

Automation in food production is not entirely new. Being an industry dependent on intensive labor and close monitoring for quality control, big manufacturers have, for a long time, managed to maintain a competitive edge over SME producers using automation. Automation in food production, among other things, leads to more standardized, better quality products and cheaper production costs.

It’s great to see SME food producers getting access to the much-needed automation solution in the current wave of industrialization. Going forward, we might see small food producersbeing able to compete with bigger players that have dominatedthe FMCG food industry for decades now.

Looking at it from a pure automation perspective, E-commerce logistics can be categorized in the SME sector. This in light of the size of established logistics conglomerates that run large shipping and overland logisticsinfrastructure. The E-Commerce Logistics sector is currently in the heat of logistics automation,thanks to new industrial robots and commercial robots.

Today’s SME logistics player, e-commerce startups, and large warehouse operators can take advantage of readily available robots to increase theirdaily yield and reduce costs. Indeed, without automation, it would be nearly impossible for some E-commerce entities to do same-day deliveries,let alone handling the massive amounts of orders they need to handle each day.

Think of this particular industry, and a few big names come into mind: Nike, Adidas, Inditex, Christian Dior, and the rest.  All these companies have benefited from large-scale production with traditional automation and robotics. In contrast, the small ones have had to settle for small niche production.  At the same time, some of the biggest players in this industry have had to shift their production offshore where labor and other factors of production are cheap.

With industrial robots becoming cheaper and more accessible, we are starting to see previously niche apparel and footwearcompanies becoming more competitive. There are several examples and case studies of this around the world, with European brandsbeing the majority.

Interestingly, some big players in the sector also seem to have benefitted from this trend as they can now move their production where they are minus the high costs. However, most of them have had to adopt an “SME” model to take advantage of the trend.

There is little doubt of the potential that SME automation has for various production-based industries across the world. Underlining these developments is the falling costs of automation and the emergence of new players in industrial automation. 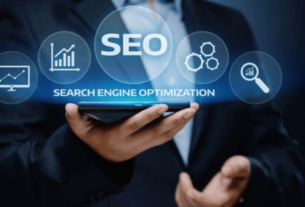 Why should you hire an SEO consultant? 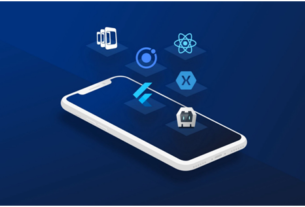 Some Reason Why Outsource Your Mobile App Development