Modern warfare depends on highly sophisticated electronics and tons of digital data being transferred on high-speed networks. To say that it is no longer your daddy’s army is an understatement. Modern military operations are much more sophisticated than they were even just a decade ago. That says nothing of how warfare was conducted before the advent of electronics.

At the core of it all are thousands of different sensors. A sensor is a piece of electronic equipment that collects some sort of data and sends it to another location for analysis. In some cases, data is sent in real time. In other cases, it is collected and harvested later. What the military seems to be most interested in these days are autonomous sensor capabilities.

They are so interested that the U.S. and UK have teamed up to fund a new program designed to further automate sensor data and information processing. In other words, the U.S. Army and UK Defense Science and Technology Laboratory are putting a ton of money into making autonomous sensors better.

Rock West Solutions is a California company that designs and builds signal processing and sensor technologies for defense applications. They explain that autonomous sensors are those that can work independent of centralized computer systems for long periods of time.

An RFID sensor is a good example. It can scan and collect data without a central computer giving instructions. And because of its exceptional low power needs, a single RFID sensor can run for an exceptionally long time without any external intervention.

RFID technology is something that the U.S. military has used for decades. That is not what they are developing in the joint effort with the UK. Rather, they are looking to develop more complex sensors capable of better resource allocation, greater computational effectiveness, and characterization and quantification of uncertainties.

To put it in simple English, the Army wants autonomous sensors that can collect more data and quantify it more accurately. They want better sensors that will lead to better decisions on the battlefield. The better the sensors, the more effective military operations are.

Sensors capable of doing everything from enhancing medical imaging to tracking inventory in a department store make it easier for humans to do their jobs. When you bring autonomy into it, the goal is to improve the potential of big data by removing human error. Taking humans out of the equation is the whole point of autonomy.

In a military setting, this can be both good and bad. There are times when bad human decisions lead to horrible consequences on the battlefield. On the other hand, there are times when intuition and raw risk-taking win the day. It is up to military engineers to strike that fine balance. They need to be able to rely on autonomous sensors to conduct better warfare. Yet they cannot create a situation that is so autonomous it sidesteps the ability of commanders to think.

The end goal of the joint research is to make our forces better than the enemy’s. Centuries ago, that was accomplished by building better hand-to-hand weapons. It was accomplished by finding stronger materials for both weapons and defenses. In the electronic age, being better than the enemy often boils down to how much better you can process information.

The military is obsessed with autonomous sensors because these give those who possess them an advantage on the battlefield. The more sophisticated the sensors, the more useful the data they collect. The side that wins the data game ultimately wins the war.

Who is Bettergamer When It Comes to CSGO Coaching, Hearthstone Coaching, and Apex Legends Coaching?

Everything you must know about level 2 electrician 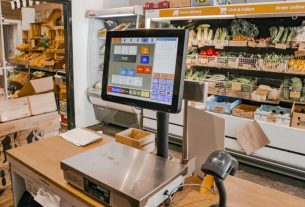