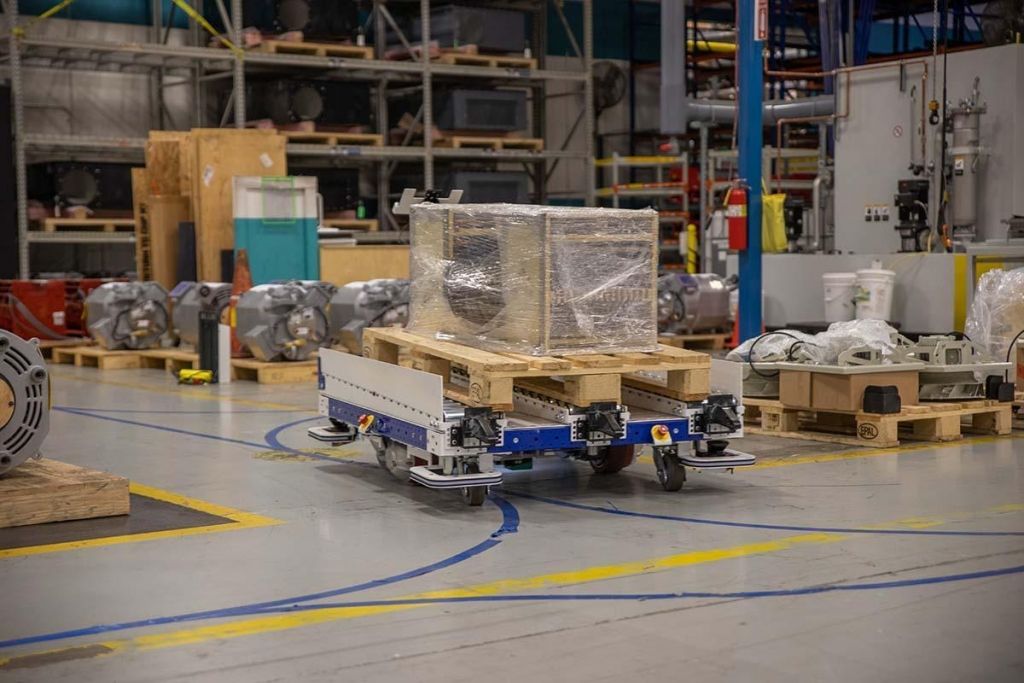 AGVs, also known as self-guided or automated guided vehicle, are material handling devices or load carriers that navigate autonomously within a warehouse, fulfillment center, or manufacturing plant without needing an onboard operator or driver. This post will look at the many sorts of AGVs, their meanings, how they function, and their advantages.

AGVs are utilized in work-in-process operations and with finished items to assist production or manufacturing lines and move raw materials.

According to experts, “work-in-process” refers to “partially produced commodities, such as manufactured goods, that are often changed from origin to the end product in a short amount of time.”

Automated Guided Vehicles are available in a variety of configurations, shapes, and sizes. Many AGVs are meant to run without direct human interaction or guidance, comparable to other human-operated vehicles.

Another prominent form of AGV is forklift automated guided vehicles, sometimes known as forklift AGVs. They’re meant to transfer pallets in the same way as a human-operated forklift does but without the necessity for a human operator.

The most basic sort of AGV, an automated guided cart (AGC), has the fewest features.

Unit load handlers transport individual loads such as specific items or a single unit containing many things, such as a stack or tote.

Towing vehicles, also known as tugger automated guided vehicles, are vehicles that tow one or even more non-powered, massive amount vehicles in a train-like pattern behind them. Powered towing vehicles, sometimes known as driverless trains, run on wheels.

Heavyweight movers are a kind of AGV utilized in industries such as big assembly, casting, and coils and plate transfer for the largest loads.

AGVs have a lot of advantages in storage and manufacturing.

AGVs are usually purchased on a per-unit or per-rental-period basis; thus, costs are less volatile than human workers, which can change depending on market circumstances and demand.

AGVs boost efficiency and production by operating independently and are predictable and dependable for repetitive operations. As a result, AGVs remove the need for unneeded walking as well as the physical effort involved in moving products.

AGVs take up less area than other automation options, such as conveyor systems. However, because AGVs are smaller than typical warehouse equipment like forklifts, floor layouts with shorter lanes and higher space utilization are possible.

Automated guided vehicles have specifically been developed to automate operations that do not require the use of people. They reduce the physical demands of a typically physically demanding profession by automating long treks in warehouses, setting the pace for workers, and automating the physical difficulties of a typically physically demanding job.