As our understanding of Artificial Intelligence has evolved, so too has its range of possible applications. This post will be discussing one particular application in length: Machine Learning. This is a form of artificial intelligence that allows computers to learn through extensive amounts of input data without any form of programmer intervention or direction. The most common programming language for developing these tools is Python.

Python’s popularity stems from a number of benefits it provides programmers in this space. The first being its simplicity. Not only is it one of the first languages taught to aspiring programmers, it also has a straightforward syntax. This means that it’s an easy language to read, which makes the process of understanding the code a much easier task than other programming languages. As such, it requires much less time to grab hold of the basics and feel comfortable enough to jump right into the code and working through the large amounts of data provided.

Its ease of use is only the first benefit to Python in the development of these tools. Another comes from the vast amount of established online libraries full of prewritten code that are free to access. The code included in these libraries is often base level functions and actions that are easily integrable rather than developing this code per project. Some of these libraries include scikit-learn, Keras, panda, and many others. In addition to the large amounts of pre-written code, these libraries will often include visual representation tools such as histograms or other forms of charts to better display the insights found through the completed data analysis. The community support doesn’t end at these libraries full of code. Due to its open-source nature, there are a number of communities that provide support to programmers all over the world. Whether that be just a place to discuss problems and where their code may be failing, or ask questions regarding a project they’re working on, the purpose of these communities is to aid one another in any way they can.

If these benefits weren’t enough to stake Python’s claim, there are additional benefits that can’t be overlooked. Such as the flexibility the language provides programmers when working to solve complex problems. Whether that be needing to use it alongside other languages to resolve an issue, or having to switch platforms and operating systems, Python remains supported. It’s compatible with Unix, Linux, macOs, Windows, and many others. Meaning if you need to transfer to another platform, simply modify the required lines of code in order to make sure they remain compatible on the platform you’re transferring to.

Due to these reasons, amongst a number of others, it can be said that Python is the most suitable programming language for these machine learning and data science applications. The accompanying resource, courtesy of Accelebrate, highlights more of what makes Python such a powerhouse when it comes to ML and data science. 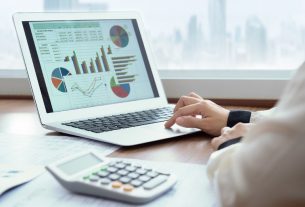 The Best Tips for Business Accounting Software in 2021 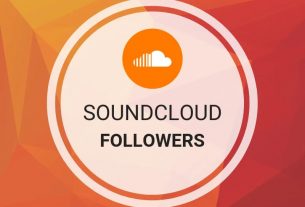 Get Your First 1000 Soundcloud Followers!

Incredible Applying Salesforce CRM Learning how to a business